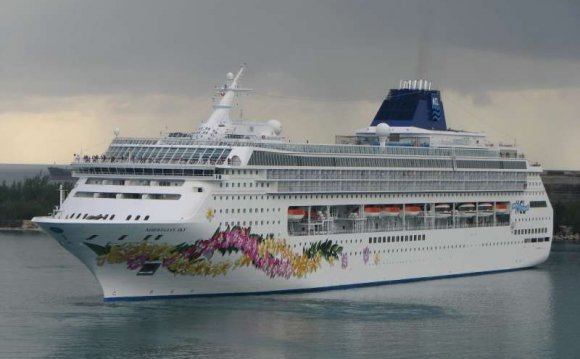 It's the seventh time that a child has drowned, or nearly-downed, on a cruise ship in just two years. The incidents occurred on cruise ships operated by all of the major cruise lines' ships: Carnival, Disney, Norwegian Cruise Line and Royal Caribbean. None of the cruise lines employed life guards at the time. (Disney subsequently changed its policy after a child sustained catastrophic and permanent injuries requiring lifetime medical care.)

Following the death of the little girl, NCL issued a press release, which avoided the issue of lifeguards, but touted its allegedly "quick" and "full" response by its ship's medical team.

"On Sunday afternoon, the ship's medical team responded to an emergency call from the pool deck, as a ten year-old female guest was reported unresponsive. The team quickly administered CPR and full emergency care. After extensive efforts, the guest could not be revived."

But witnesses on the ship dispute NCL's PR statement.

"I'm still on the Gem now. And i was right there. On this incident I can blame NCL for their lack of effort. Passengers who were nurses and doctors did all the work while NCL workers watched and looked panicked. They did not know what to do. They kept telling the real nurses and doctors to stay away. I talked to one of the ICU nurses and she said they are handling it all wrong. They told her to move away meanwhile shes yelling at them on what to do. The girl had a pulse. . . . Bottom line, NCL dropped the ball on this on big time. If you weren't there then don't say a thing backing NCL. Cause they did absolutely nothing. The passengers came to the rescue. Applaud them. They were fighting for the kid while NCL looked DAZED."

"My wife and I witnessed this tragic event right before our eyes while on board the Gem this past week. My wife is a registered nurse and tried to help, but was told 'they were handling it and to stay away' . . . she was completely upset with the lack of treatment she witnessed by the staff personnel. That poor girl was being worked on by inexperienced people, pool side for more than 15 minutes before being rushed down to the medical center.

As a parent traveling with 3 kids, I agree it is our responsibility to "watch our children." However the pool deck was really crowded at that time, and with those crowds it was very easy to lose sight of your kids. The family pool is 5' - 6' deep, which is very dangerous IMO for children and inexperienced swimmers. I'm amazed that NCL wouldn't employ trained lifeguards with that setup.

The bottom line is an innocent child died, and my heart goes out to the family."

The Cruise Line International Association (CLIA) argues that cruise lines "manage pools with the safety of passengers" by providing "signs that a lifeguard is not present."

This, of course, is double-talk. Four and six year old kids like the ones who drowned on lifeguard-less cruise ships can't read or comprehend warning signs. A no-lifeguard sign recommended by the cruise lines' defense lawyers is an acknowledgment that the cruise industry is committed to a policy of not providing reasonable safety to children.