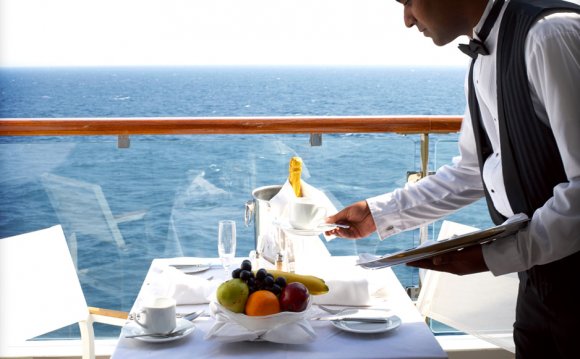 Alaska cruises tend to explore the same southeastern ports of Ketchikan, Juneau, Skagway and Sitka. Yet to immerse yourself in the land of sled dog, Arctic tundra and northern lights requires a trip to Alaska's northwest interior. Cruise lines have the answer: the cruisetour.

The cruisetour is a land tour of interior destinations before or after a cruise. In conjunction with seven-night Alaska cruises, three- to eight-night land programs extend each trip with visits to interior destinations, such as Anchorage, Denali National Park, Talkeetna, Fairbanks and the Kenai Peninsula. Cruise lines with the most established cruisetour programs in Alaska include Celebrity, Holland America, Princess and Royal Caribbean, each with its own hallmarks:

Royal Celebrity Tours (Royal Caribbean and Celebrity Cruises): same tour director stays with each group of travelers throughout the trip, and meals are typically not included. Standard destinations include Denali, Anchorage and Fairbanks, while unique destinations include Alyeska Ski Resort, surrounded by seven glaciers.

Princess Cruisetours: On Your Own tours provide travelers with only accommodations and transportation. Denali Explorer tours feature up to four nights in Denali, among other destinations. Off the Beaten Path tours include visits to more unusual locales in addition to Denali, and Connoisseur tours have the support of tour directors, planned activities and most meals included.

Holland America Cruisetours: Standard 11- to 14-night cuisetours visit Denali and cities like Fairbanks. Unique destinations include Yukon, and most land tours are teamed with shorter cruise between Vancouver and Skagway. A number of 19- and 20-night tours include full cruises, and Expedition Cruisetours emphasize wilderness experiences in either Denali, Tutka Bay Lodge (coastal), or Redoubt Bay Lodge (bear country) and Winterlake Lodge (along Iditarod Trail).

It's hardly a cruise on wheels. I discovered that on my Royal Caribbean cruisetour, on which the go-go-go pace had us putting luggage outside our doors at 6 a.m., leaving the hotel an hour later and not arriving at our next destination until the evening. But, that's not all you need to know about Alaskan cruisetours - here are six other aspects of which you should be aware.

Visiting Alaska is all about wildlife. Spotting orca whales, caribou and grizzly bears requires cameras and binoculars at the ready while staring at scenery all day. The trick is to look for movement. If it's not moving, it's often a "spruce moose" or "rock bear." Using this advice in Denali National Park, we found a mama and baby bear along one slope, dall sheep next to a sheer cliff drop and caribou with huge antlers among the shrubbery. Our driver spotted a lynx, the park's only feline. On a short hike from the Eielsen Visitor Center in Denali National Park, we shared our footpath with a red-tailed fox.

In Seward, a five-hour cruise through Resurrection Bay and the Kenai Fjords at first yielded only jellyfish and seagulls - not to mention some dried-out salmon in warming trays at lunchtime. But, when the boat reached the Gulf of Alaska, we spotted whales. Returning to the bay, we cruised slowly past horned puffins floating serenely in the water. A brown, furry island became a sea lion-covered rock when viewed through my binoculars. And those white spots on the hills? Mountain goats!

Cruisetours tend to favor Alaskan lodges over chain hotels. The lodges typically feature a carefully created rustic look with exposed-log exteriors and blond-wood interiors. Lobbies are homey with cozy seating, fireplaces and "dead animal chic" decor - lopped off noggins of moose and bear locked in eternal staring contests over the heads of visitors (or even life-size dioramas). The Wi-Fi is often free and fast, but amenities are scarce. We never stayed at a lodge with a pool, a few had teeny-tiny workout rooms with broken equipment, and one had an uninviting sauna.

Guest rooms are either in wings off the main lobby or in out-buildings. Be prepared to walk, though golf carts may be provided for guests with mobility issues. In Seward, we had to walk along wooded trails to get from our room to the restaurant or lobby, and in Denali, we had a bit of a hike through the property to get to the shuttle bus stop. And, yes, animals do frequent the premises - from our seat on the back patio of the Talkeetna Alaskan Lodge, we saw a black bear wandering down a walking trail behind the hotel.

3. Culture Now and Then

A cruisetour offers a myriad of opportunities to learn about Alaskan culture, but know that presentations range from sophisticated, interactive exhibits to canned, touristy attractions.

Discover a Disney Cruise to Alaska in One Minute