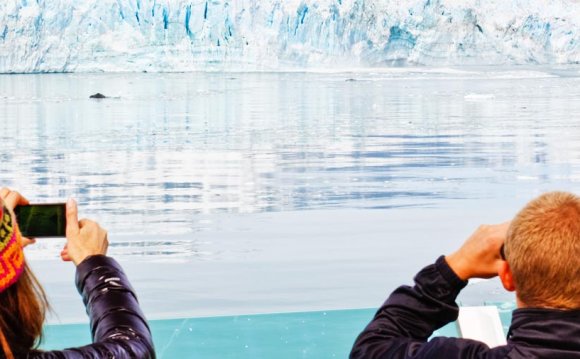 When Royal Caribbean debuted its first-in-class Radiance of the Seas in 2001, passengers raved about the light that came streaming through the ship's glassy exterior. Ten years later, the line has put $20 million into giving the 90, 090-ton, 2, 139-passenger vessel something of a new identity. During a spring 2011 makeover, Radiance gained eight dining choices already found on (big) sisters Oasis and Allure of the Seas, including a Japanese restaurant and Brazilian churrascaria, as well as cabin upgrades throughout, bow-to-stern Wi-Fi and a giant poolside movie screen.

Other additions from the 2011 refurb included a new nursery for kids ages six months to 36 months (also an Oasis-class staple), 12 new cabins, interactive flat-screen TV systems in all accommodations, as well as the installation of touch-screen "wayfinders" (again, Oasis) throughout the ship to make it easier to find out what's going on where, and how best to get there.

With all the new bells and whistles, there's definitely more to love about Radiance than ever before. But the main attraction is still the "mid-sized" ship's warm, light-loving design. With vast expanses of open space and floor-to-ceiling windows at every turn, you might even find yourself wearing sunglasses inside. In fact, half of the ship's exterior is glass - and there are even outside elevators spanning 12 decks, an innovation first seen on sister line Celebrity Cruises' Millennium-class vessels.

And, even before the Oasis-style makeover, Radiance was known for incorporating the best features from other RCI ships: the variety of activity and entertainment options of the Voyager class (like rock-climbing), the sleek profile of the Sovereign class, and the global itineraries (the ship splits time between Alaska and Australia) and wealth of windows, glass doors and canopies of the Vision class.

Post-refurb, Radiance 2.0 offers even more diversity of choice, particularly in dining, while maintaining the intimate vibe afforded by its modest size. (In the Royal Caribbean fleet, only the line's 78, 491-ton Vision-class ships are smaller.) It's a ship that will make Royal Caribbean loyalists feel right at home, yet happily up with the times, too.