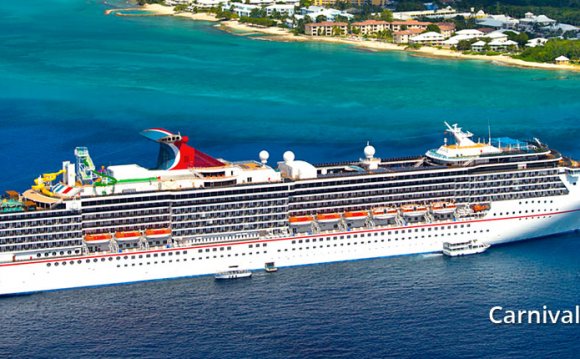 The massive Carnival Pride cruise liner docked at the port of Baltimore just before sunrise Sunday for the first time in five months, ending a hiatus created when new air standards sent the ship looking for new digs.

"We are happy to bring the Pride home, " Christine Duffy, Carnival Cruise Line president, told a group of state officials and travel agents during a reception at the ship's Butterfly Lounge. As she spoke, passengers began boarding the 2, 124 passenger vessel for a trip to Nassau, Freeport and Half Moon Cay in the Bahamas.

Carnival Pride stopped sailing from Baltimore in October when cruise line officials thought it would be too costly to meet new air standards that require ships to burn cleaner, but more costly low-sulfur diesel fuel near land. Instead, it relocated its home base to Tampa, Fla.

It's more expensive to operate out of Baltimore because so much time is spent in coastal waters where the new standards apply. Cruising out of Tampa entails spending just a few hours in coastal waters.

Carnival decided to return to Baltimore after the Environmental Protection Agency offered the company an exemption allowing it to use scrubbers attached to its smoke stacks that would trap pollutants.

Baltimore is a lucrative market for the cruise liner company because it is within driving distance from many states. The money families save on plane tickets — to Florida for instance — is often used on other ship amenities such as spa treatments. Cruises out of Baltimore often sell out.

The cruise ship business is just as important to the local economy. Passengers may come a day earlier and stay in hotels, eat at restaurants and partake in other attractions. Every single cruise provides $1 million impact to the state's economy, or $90 million a year, according to state economic figures.

Maryland port and transportation officials had worked since summer 2014 to bring back the Pride.

"They have a lot of choices and we are happy they chose to be here, " said Maryland Transportation Secretary Pete Rahn.

Carnival made several upgrades to Pride before its return. It added three new bars, a full-service sushi restaurant and a dining establishment developed with Food Network celebrity chef Guy Fieri. It also upgraded its waterpark with the Green Thunder water slide, which it calls the steepest and fastest water slide at sea. The company also enhanced its cruise schedule out of Baltimore.

Passengers said they had noticed Pride's absence and were happy to see its return.

Sarah and Marty Robinson of Bowley's Quarter were getting ready to embark on their third trip on the Pride Sunday. The first was for their honeymoon nearly three years ago. They were disappointed when they heard they might not get to go this year.

The couple, both 28-years-old, like that the cruise terminal is just 10 minutes from their home. They don't have to worry about flying to another state and family drops them off so they don't have to park their car.

Records: Carnival "poop cruise" could have been...