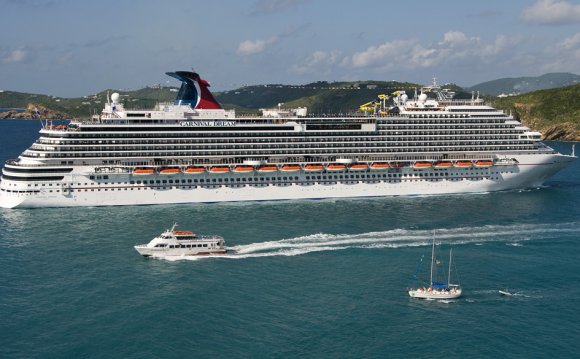 "Mamma Mia!." "Rock of Ages." The Second City comedy shows. Dinner theater with high-tech twists. These diverse entertainment options used to be hallmarks of land vacations - until enterprising cruise lines brought them to the high seas.

While some cruise lines stick to the old entertainment standards, such as musical revues and poolside bands, others have taken entertainment to another level by offering unique and creative shows and spaces. They provide multiple entertainment options for every kind of cruise traveler, whether that's rock concerts, aerial shows, big-name lecturers, Minnie Mouse meet 'n' greets or Julliard performances.

Who are these trendsetters? They run the gamut from lines with mega-ships (especially the newer additions to Norwegian and Royal Caribbean's fleets) that can fit multiple performance venues onboard to more upscale lines like Cunard that aim for high-end enrichment and sophisticated evening pastimes. And while we tip our hat to a few small-ship lines, in general, extra onboard space paves the way for entertainment innovation.

Our top lines for onboard entertainment combine longstanding entertainment favorites with some impressive trendsetting. For more on the trends themselves, see our story, 9 Trends in Cruise Ship Evening Entertainment.

Why: Carnival's "Fun Ships" are your best bet if you're looking for a variety of live music performances, elaborate and splashy production shows, and top-rated comedy acts. The line is constantly tweaking or adding to its entertainment options, and its ongoing fleetwide "Fun Ship 2.0" initiative has brought enhanced comedy shows, live concerts and superior DJs onboard.

Production Shows: Carnival has long used the latest technology to pull off lavish shows onboard, but its music-driven Playlist Productions, found aboard Carnival Freedom, Carnival Breeze and more than half of the line's 24-ship fleet, takes Carnival's entertainment offerings to the next level. Using LED screens on stage and assorted special effects, four different hourlong stage shows are performed aboard each Playlist Productions-equipped ship, with a dozen stage shows total offered fleetwide, including "Getaway Island, " with wow-factor 3D effects; "80s to the Max, " channeling the era of questionable style and big hair; "Motor City, " paying tribute to Motown and R&B and "88 Keys: The Rock and Roll Piano Show, " showcasing the music of Jerry Lee Lewis, Elton John and Billy Joel, along with other rock-inspired piano tunes. Carnival Vista will also host brand-new Playlist shows, though details have yet to be released.

Dinner and a Show: Carnival is well known for its singing and dancing waiters in the main dining rooms. They perform everything from old standards to Bollywood hits while parading by the dining tables and grooving on top of serving stations. Mealtime serenades are taken to even greater heights at Cucina del Capitano, an Italian eatery found on select ships, where dining room staff sing alongside a giant Chianti bottle on wheels.

Live Music: Daytime chillin' includes solo guitarists in the RedFrog Pubs on several ships and on lido decks throughout the fleet. (You'll feel like you're at a beachside watering hole.). At night, passengers can groove to themed bands ('80s, Woodstock, etc.) at the RedFrog Pub or elsewhere on the ship. If cover bands won't cut it, consider booking one of the line's 2014-debuted Carnival Live Concert Series cruises (spanning numerous itineraries and ships), which host ticketed shipboard concerts while vessels are docked in port (in Cozumel, Mexico; Nassau, Bahamas; and St. Thomas, USVI). They feature acts like Boston, Lionel Richie and Heart. While not technically live music, it's also worth noting that in partnership with DJ Irie (the official DJ of the Miami Heat), all Carnival DJs graduate from a first-of-its-kind DJ Academy at Sea, dubbed Spin'iversity, so you can be sure the nightclubs and deck parties are pumpin'.

Why: Starting with the introduction of Norwegian Epic in 2010, Norwegian Cruise Line has shown an increased interest in entertainment, bringing on familiar names like Second City and Broadway shows "Rock of Ages" and "Legally Blonde." It has also introduced innovative concepts like the "Cirque Dreams and Dinner" show and the Illusionarium.

Production Shows: Passengers can rock out to tunes from their favorite '80s hair bands during Broadway's "Rock of Ages, " playing on Norwegian Breakaway, or catch the comedic tale of a sorority girl with spunk via "Legally Blonde, " on Norwegian Getaway. New for fall 2015, Norwegian Epic will put on Broadway show "Priscilla, Queen of the Desert, " following the laugh-filled adventure of three divas who set out in search of love and friendship. Norwegian Getaway, Breakaway and Epic also feature the sizzling Latin and ballroom dance team behind Burn the Floor.

Dinner and a Show: "Cirque Dreams & Dinner" onboard Norwegian Epic and "Cirque Dreams & Dinner Jungle Fantasy" aboard Norwegian Breakaway are performed in the Spiegel Tent, the only "big top" at sea. The interactive entertainment-and-dining experience intersperses dinner courses with music, aerial performances and acrobatic feats. On Norwegian Getaway, the Illusionarium brings together dining, magic and illusion, featuring a series of magicians who perform special effects under a planetarium-style video projection dome. On Norwegian Escape, look for an exclusive supper club concept, "For the Record, " combining motion picture soundtracks from John Hughes' 1980s teen films ("Sixteen Candles, " "The Breakfast Club, " etc.) with a post-modern cabaret.

Live Music: In the intimate Fat Cats Jazz & Blues Club on Norwegian Breakaway, passengers enjoy soul and blues from the work of B.B. King, Otis Redding and others - along with original music by the renowned house band, Slam Allen. Norwegian Getaway has the GRAMMY Experience, with live jazz and R&B performances by past GRAMMY Award winners and nominees. Or catch rock 'n' roll dueling piano show Howl at the Moon aboard Norwegian Getaway, Breakaway, Epic and Escape. The Jimmy Buffett-themed 5 O'Clock Somewhere Bar offers live nightly tropics-inspired music aboard Norwegian Star and Norwegian Escape. Epic currently has Legends in Concert, with performances and impersonations from Lady Gaga, Tina Turner, Michael Jackson and other celebrity lookalikes. New for fall 2015, Epic gets The Cavern Club, based on the Liverpool venue where the Beatles performed. It will present live British pop music, including - naturally - hits from the Fab Four.