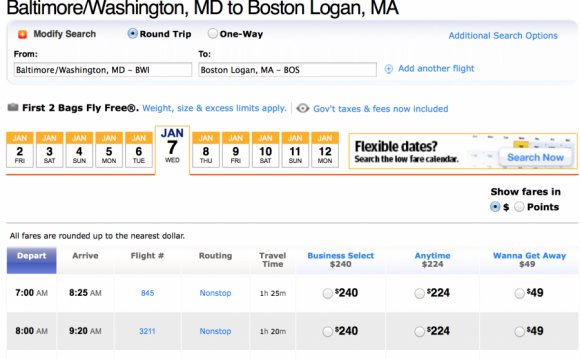 If you don't have Christmas plans and can get in a car, take a bus or train or still find flights, you can take advantage of last-minute holiday cruise deals. Fares start at under $60 per day, and in some cases represent savings of more than 75% off brochure rates. But act fast because space is limited.

Being on the high seas at Christmastime brings the advantage of camaraderie, festive decorations (including trees and mistletoe), elaborate holiday meals and special shows and activities. Santa will find his way to sea and there will be opportunity to sing along to Christmas carols.

You'll be able to partake in holiday festivities at ports too. For instance, some ships get you to Nassau on Boxing Day, December 26, where you can experience the amazing Junkanoo parade.

Embark December 19 from Fort Lauderdale on Holland America Line's Zuiderdam, on a seven-day eastern Caribbean sailing, and spend Christmas Day on the cruise line's private Bahamas island Half Moon Cay; fares from $399 per person. Or stay onboard for two weeks and visit the eastern and western Caribbean, with New Year's Day in Key West. Fares for the 14-day itinerary from $849.

Spend the holiday at sea and at the same time check the Panama Canal off your "Bucket List." Holland America's Maasdam embarks Fort Lauderdale on December 19, on a 14-day itinerary that includes a partial transit of the 100-year-old, manmade continental divide. You also visit Bonaire, Aruba, Falmouth (Jamaica), Costa Rica, Grand Cayman and Half Moon Cay; fares from $899.

Set sail from Miami on a seven-day cruise on Carnival Cruise Line's Carnival Glory, embarking on December 20. Fares are from $439 for an inside, from $629 for a balcony cabin. The itinerary visits Belize City, Costa Maya (Mexico) and Mahogany Bay on Roatan, Honduras. You spend Christmas Day in Cozumel.

Enjoy live music at the B.B. King's Blues Club as you set sail on one of Holland America' newest ships, the Eurodam, on a one-week cruise embarking Fort Lauderdale on December 21. With fares from $449, the sailing calls at Half Moon Cay, Falmouth, Grand Cayman (on Christmas Day) and Key West.

Get yourself to Tampa and you can hop onboard Norwegian Cruise Line's Norwegian Sun for a seven-day sailing that visits Coxen Hole (Honduras), Belize City and Cozumel, with Christmas Day in Costa Maya. Embarkation is December 21, fares from $449.

If you're short on time, catch a five-day holiday sailing on the Caribbean Princess from Fort Lauderdale on December 22, and pick up last-minute gifts in Cozumel before spending Christmas Day at sea. You also visit Princess Cays, Princess Cruises' private Bahamas beach. Fares are from $399.

Spend Christmas in the western Caribbean onboard Holland America's Westerdam, and you can compete in a "Dancing with the Stars: At Sea" competition. A seven-day cruise, priced from $399, gets you from Fort Lauderdale to Half Moon Cay, Ocho Rios, Grand Cayman (until 6 p.m. on Christmas Eve) and Key West. Embarkation is December 20.