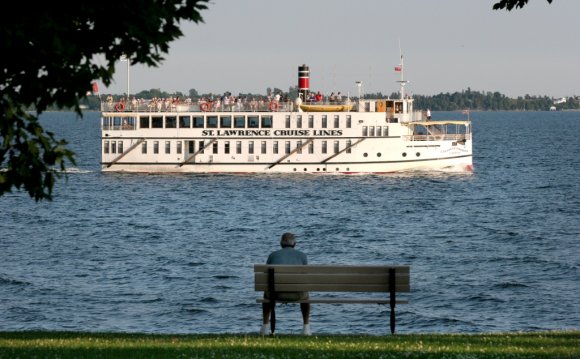 Cruising the St. Lawrence River is a popular pastime in southeastern Canada. The St. Lawrence River connects the Great Lakes with the Atlantic Ocean, traveling through the Canadian provinces of Quebec and Ontario and running along the international border between Ontario and the United States. The 1000 Islands area is a particularly popular cruising spot along the river.

St. Lawrence Cruise Lines offers several different cruises along the St. Lawrence River-from four-day, three-night cruises between Kingston and Montreal to six-day, five-night cruises from Kingston all the way to Quebec City. Most cruises explore the passages and channels of the 1000 Islands, one of the river's three archipelagos. Cruises take place aboard the Canadian Empress, a multi-deck cruise ship built as a composite replica of ships that commonly plied the river in the early 1900s. The cruise ship went into service in 1981.

Pearl Sea Cruises offers an eight-day, seven-night cruise along the St. Lawrence River from Kingston to Quebec City. Much of the time at sea is spent exploring the passages and channels of 1000 Islands, and passengers can choose from a variety of shore excursions in the ports where the ship docks, including Quebec City, Trois Rivieres, Montreal, Clayton, Kingston and Toronto. Popular shore excursions include the Thousand Islands Museum in Clayton; the Forges du Saint-Maurice National Historic Site, birthplace of Canada's iron industry, in Trois Rivieres; and a walking tour of Old Montreal.