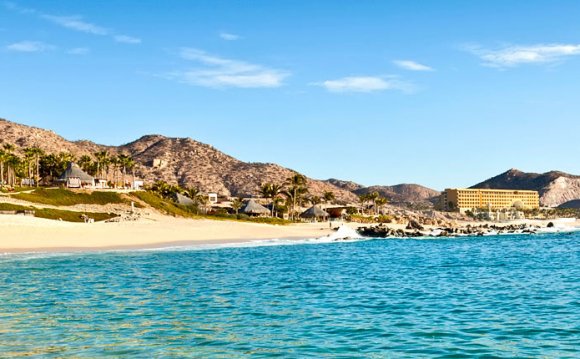 As some homeports flourish - New Orleans and Galveston have nabbed bigger and better ships each year, and New York has emerged as a major embarkation point - we can't help but notice one area that's losing out: California.

Cruise ships just don't seem to stay put in the Los Angeles and San Diego homeports. In a decline that began in 2010 with the loss of Radiance of the Seas and Carnival Elation out of San Diego and continued with Mariner of the Seas leaving Los Angeles, the following ships will be saying adios in the coming months:

After coming to Los Angles in January 2011, Disney Wonder will move to Miami in December 2012 and spend next season cruising the Bahamas and the Caribbean.

Holland America - which carried 60 percent of San Diego's market share by passenger berths sold - is pulling Oosterdam from the West Coast and sending it to Australia.

The 2, 500-passenger Carnival Spirit, which has used both San Diego and Los Angeles as homeports, is also decamping for Australia. Another of the line's ships, Carnival Splendor, will be moving from Los Angeles to New York in 2013 - following Carnival Miracle, which left the West Coast in April.

The slide has been dramatic and pronounced. From its peak in 2008, when more than 1.2 million cruise passengers came through the Port of Los Angeles, only 608, 000 people did the same in 2011 - and the numbers could be even lower in 2012, officials said.

"We're expecting 2012 to be down because of the further slide in cruise business, " says Phillip Sanfield, the port's director of media relations. "There's no doubt that it's a soft market now, for a variety of reasons."

Chief among them are negative perceptions of Mexico, as well as continued economic fallout in Southern California from the recession and housing crisis. Los Angeles served as a drive market for inland California communities, such as Riverside and San Bernadino, which continue to suffer high unemployment rates, Sanfield says. "Those three-day or relatively inexpensive getaways became more of a luxury, " he says.

Rita Vandergaw, director of business development and marketing for the Port of San Diego, also notes the economy and violence in Mexico as having impacts on cruises out of the southernmost California cruise port. Every time a negative event happens, such as the armed robbery of Carnival cruise passengers that took place outside Puerto Vallarta in late February 2012, the future of cruising to Mexico suffers, she says.

"The cruise ship has to give you a safe experience. They aren't going to put their guests at risk, " she says. "Until there is some resolution to that, I don't see business coming back."

Cruise line spokespersons paint a slightly different picture, where the bottom line is emerging markets. Holland America opened a sales office in Australia and wanted a bigger ship in Sydney that could support the growing demand, says Erik Elvejord, spokesperson for HAL. "It's not that we said 'Mexico has challenges.' We were making plans well before."

Disney gave similar reasons for leaving southern California. "The growth of our fleet has given us the possibility of testing new markets, " says spokeswoman Rebecca Peddie. "Our Mexican Riviera itineraries were popular. We had a great experience in Los Angeles and will consider going back in the future."

Another point that some port officials mentioned is the general lack of itinerary options from the West Coast. For seven-night cruises, Mexico or Pacific Coast cruises are the only options; while Hawaii has proved popular with cruisers, it's only accessible on a longer cruise, as is the Panama Canal. And, with current laws preventing foreign-flagged ships from sailing itineraries that feature only U.S. ports, Hawaii and Pacific Coast cruises necessitate out-of-the-way stops in Canada or Mexico, making for somewhat awkward itineraries. Unlike cruises out of New York or Florida with multiple itinerary options (Caribbean, Bahamas, Bermuda, even Atlantic Canada), ships on the West Coast have limited choices and few ways to entice repeat cruisers with new cruise destinations.

What Does the Future Hold for California Cruising?

Of course, cruisers on the West Coast still have a few options, especially if they're wealthy. Several of the big-ticket, round-the-world cruises offered by luxury lines, such as Cunard, Crystal and Silversea, make Los Angeles either their beginning or end point. Overall, Crystal will have 10 sailings out of Los Angeles through May 2013.

Princess, which has been based in Los Angeles since the company started in 1965, will continue to keep Golden Princess and Sapphire Princess homeported there year-round, with Island Princess and Coral Princess also making regular trips to the Panama Canal, sailing between Los Angeles and Florida. Unlike most of the other lines, Princess has more cruises that highlight California, including several in 2012 that emphasize the state's coast and access to wine country outside San Francisco.

"Coastal cruises have become increasingly popular with our passengers, so much so that we are featuring more of our new California Coast itinerary than ever before, " says Jan Swartz, Princess Cruises executive vice president, in a release. "And the California ports of Los Angeles and San Francisco are great bases from which to enjoy a variety of destinations and experiences."

The latter city will now be the seasonal home base for Star Princess and Grand Princess, which sail regularly to Hawaii, as well as Sea Princess, which travels up to Alaska.

When Oosterdam leaves, Holland America will bring 1, 440-passenger Zaandam to San Diego in the fall, and Statendam will also use the port for its regular Panama Canal cruises. Celebrity will continue to sail Century from the port, with Infinity and Millennium also making stops in San Diego. Norwegian Star, which left Los Angeles in May 2011, will return to the port for seasonal winter sailings in 2013. And Carnival Inspiration will continue its Baja cruises from Los Angeles into 2013.

No one can say that the faults lie in the ports themselves, as the cities have worked hard to make their facilities attractive to cruise lines. The World Cruise Center at Los Angeles' San Pedro port has spent $42 million on various upgrades, including new gangways to get people onboard faster and audio-visual equipment to improve communications in the terminal during the check-in and boarding processes. It also has a state-of-the-art air quality program, called Alternative Maritime Power, and 71, 500 feet of solar panels installed. Plus, a bill was passed to make $1.2 billion available to redevelop the Los Angeles waterfront, including rights for a second cruise terminal, although the port won't engage in such a project until the market improves, Sanfield says. "We can more than accommodate what's going on now, " he says.

San Diego built a new $28-million cruise ship terminal that opened in December 2010 and is now designing a controversial renovation of its old terminal. The port wants to put in a new gangway, elevated passenger bridge and luggage and customs building, although there's no funding yet for the $28 million project.