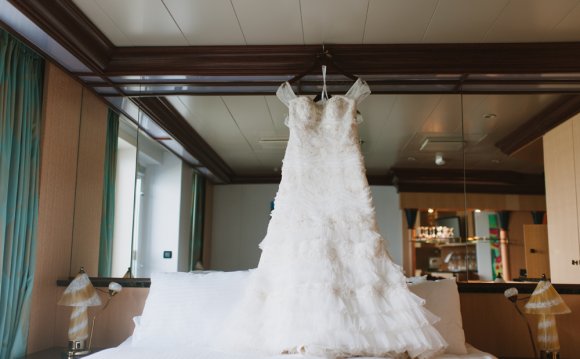 For the next week (or two), we’ll be sharing “audition” pieces from folks interested in being new staff writers at Get Rich Slowly. Your job is to let us know what you think of each of these writers. Pay attention, give feedback, and after a couple of weeks we’ll ask which writers you prefer. This article is from Honey Smith, who says she’s at the beginning of her debt-reduction journey.

In my experience, however, the entrepreneurship camp is pretty live-and-let-live. The whole “cut everything you don’t care about so you can spend whatever you’d like on the things you do care about” school of thought. When you think about it, this makes sense for a few reasons.

Long story short, what this means is that sometimes it’s difficult to talk about investment and entrepreneurial issues in a way that applies to everyone.

How do you give the meaningful advice to both folks at the same time? Not an easy task.

However, if I post a recipe for how to make your own laundry detergent and tell you it only takes 20 minutes to make a six-month supply, well — there’s no reason everyone can’t take advantage of that, right? As a result, frugalistas tend to be a little more “one size fits all” and, dare I say it, judgmental (in lots of blog communities, anyway, though blessedly less so at GRS).

However, there’s more to this type of spending than pure number-crunching; psychology and social expectations play a huge role, and those who argue that those factors shouldn’t play a part are in need of a serious reality check.

Expectations v. Reality
Contrary to stereotype, my idea of a wedding was eloping and sending out postcards to our holiday card list afterward telling people it happened. After all, we not only have school and consumer debt we’re trying to pay off (more on that in another post), but we’ve been together for six years and living together for four of those years. In my eyes, it was a formality that didn’t require a huge expense.

My fiancé, on the other hand, wanted the whole shebang: ceremony in a church (which I did manage to talk him out of — barely — by pointing out that we’re atheists) and formal reception with a hundred and fifty guests. He’d literally been dreaming of his wedding day his entire life and had never once envisioned it without all the bells and whistles. I can’t emphasize this enough; He wanted a black-tie affair and a string quartet, and that’s just for starters.

He agreed with me that there was no way we could pull off a traditional wedding and honeymoon on our own. At first we didn’t think this was going to be a big deal; after all, surely there were less-expensive packages offered by wedding vendors, right? We priced five vendors and, much to our surprise, struggled to find a single one that could provide us for a quote under $20, 000. Which didn’t even include the honeymoon. Gulp. Enter compromise. But where would we even start?

However, over the course of many conversations, priorities began to emerge.

First, neither of us are huge DIY-ers, meaning we weren’t going to sit around for hours making invitations and table centerpieces from scratch. Second, having a formal event was non-negotiable; a pot-luck in the park wasn’t going to cut it. Third, the event itself could be small, as long as all our friends and family were invited. Fourth, we weren’t willing to forgo a honeymoon in favor of the ceremony. And finally, we wanted to go on a cruise for our honeymoon.

The Epiphany
Score! I don’t even know where he came across it since it’s not on the cruise company’s main page, but somewhere in the endless Google searches my husband found what ended up being our solution: having the wedding itself on the cruise ship! While it sounds deliciously decadent, shockingly it ended up our most affordable option.