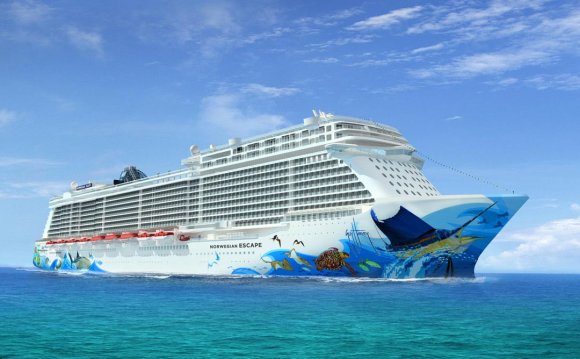 Norwegian Cruise Line, also known as NCL, is one of the most popular cruise lines in the world. With 14 ships sailing around the world, Norwegian is sure to have something that appeals to everyone.

The NCL ships are fabulous. Their Freestyle Cruising concept leads to many choices for their passengers. Their ships are very spacious, with larger-than-average staterooms and plenty of deck space. You'll find lots of interesting areas to discover on each Norwegian Cruise Line ship - and there is a ton of room to roam as you please! There are so many places to lose yourself, or to just relax in.

If you want to experience a truly wonderful vacation, hop aboard a beautiful Norwegian Cruise Line ship! Experience the vacation of a lifetime and enjoy the one-on-one personal attention that you deserve, with an extremely pleasing staff to assist you while onboard. Once you take a Norwegian cruise, you'll see why the Norwegian Way is a better way!

Freestyle Cruising
NCL is particularly famous for its Freestyle Cruising concept. What is freestyle? If you ask NCL, it's the only way to cruise! Freestyle Cruising is cruising without schedules and stress. It's all about flexibility and freedom. There are so many things to do on an NCL cruise, at just about all hours of the day, you really do feel free to do whatever you want to do.

Freestyle Dining
One of the main aspects of NCL's Freestyle Cruising concept is their dining setup. On all of NCL's ships there is an open-seating dining format, whereby you choose to dine wherever, whenever, and with whomever you want! Going along with this concept, NCL's ships offer a ton of fabulous optional specialty dining venues (some of which have a cover charge). Among them are a steakhouse, Asian restaurant (including sushi and teppanyaki options), Italian restaurant, and French restaurant.

Family Fun!
All of NCL's ships are great for families, while the newer ones take it to an ever higher level! Some of their ships (Norwegian Pearl, Norwegian Gem and Norwegian Epic) feature rock-climbing walls and full-sized bowling alleys, while all of NCL's ships feature great kids and teen programs (available for kids ages 2-17), swimming pools, multiple dining venues and much more!

As of January 2016, Norwegian Cruise Line and Nickelodeon ended their exclusive partnership (that started in 2010), so there will no longer be a Nickelodeon at Sea program aboard Norwegian's ships.

Norwegian Cruise Line will be bringing all the excitement and innovation of the Breakaway class of ships fleetwide. Costing over $250 million, this initiative will give Norwegian Cruise Line one of the most modern fleets in the industry. Ships will be receiving updated dining options, Sugarcane Mojito Bar as well as other fresh drinks choices, fabulous new entertainment, and new technology to make Norwegian Cruise Line ships some the most Eco- and connection-friendly in the world.

Norwegian Cruise Line has named the two ships in their upcoming "Breakaway Plus" class. Norwegian Escape and Norwegian Bliss will be the two largest in the Norwegian fleet. Each will...