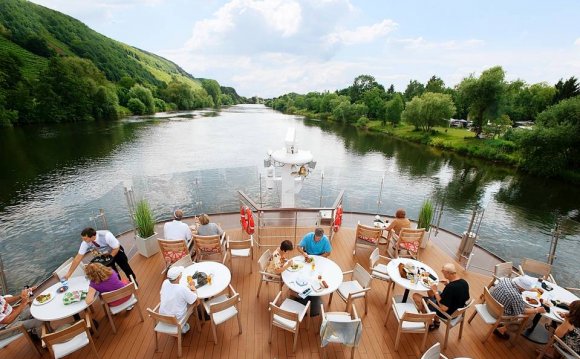 A river cruise, at first glance, seems like a wonderfully tranquil way to see some of the most historic towns and cities in Europe. Wait, did I say tranquil? Appearances are deceiving. Unlike coastal cruises, voyages along Europe's waterways rarely offer much time "at sea". And, in port, there are busy sightseeing schedules included at all stops, which range from major cities like Amsterdam and Vienna to delightful, small towns and villages like Austria's Durnstein and Germany's Breisach.

The biggest challenge about planning a European river cruise is identifying which itinerary most intrigues. We're here to help you narrow down your choice. But, before we get started, here are some things you should know, followed by a few tips:

Most river cruises are a week long. (More exotic trips can occasionally stretch from 10 days to two weeks.)

They almost always start from fantastic cities; most trips include an overnight onboard, but if not, do try to plan a pre- or post-cruise stay.

In almost all cases, daily shore excursions are included in the fares you pay. They'll run along the lines of pretty basic introductory tours to the cities and towns you visit. Some companies, like Uniworld, also offer fee-extra tour options that are a bit more unusual.

We'll also offer a caveat about cruising Europe's rivers. The season typically runs from April to October. Be aware that heavy rain and spring flooding can make the rivers swell and the locks become impassable. (Many are under bridges, so if the water is too high, boats can't fit underneath.) Likewise, if there's a drought, low water can be a problem. If boats can't move, you'll be taken to the sights by motorcoach.

And, finally, as ever in big cities, avoid carrying too much money, and keep valuables safe, especially if you go ashore in the evenings.

In a Nutshell: Rhine River cruises combine history and culture. You'll sail through spectacular scenery, dotted with Sleeping Beauty-esque fairytale castles and discover some of the oldest and most historic cities in Germany.

One-week itineraries typically call at Cologne, famous for its twin-towered Gothic cathedral, and Koblenz, which sits at the confluence of the Rhine and Moselle and is overlooked by the Ehrenbreitstein fortress, one of the largest castles in Europe. Then you'll sail through the Rhine Gorge, which stretches for 65km (40 miles).

This is the most spectacular section of the river, with miles of castles, spires, Romanesque churches and precipitous riverside vineyards. It's a UNESCO World Heritage Site and famous for the Lorelei Rock, where, according to legend, a beautiful maiden threw herself to her death over a faithless lover and now lures sailors to their deaths with her hypnotic singing.

Weeklong cruises also usually visit Rudesheim in one of Germany's top wine-growing areas, Heidelberg, which houses Speyer, the oldest university in Germany. Speyer has a fabulous Romanesque cathedral, Strasbourg, home of the European Parliament, and Breisach, gateway to the Black Forest.

Getting There: You'll fly into Amsterdam (or Basel if you are sailing northbound), from which it's a short transfer to embark your vessel. If you're coming from London or Southeast England, an easier option is to travel by train, taking Eurostar through the Channel Tunnel and changing onto Europe's rail network at Lille, Brussels or Paris. It's quite a long train journey from Basel to the U.K., but if time is not an issue, look upon it as a bonus chance to see more of Europe.

Watch Out For: Not every view is a picture postcard. Inevitably, you'll also cruise past ugly industrial areas and power plants and maybe moor by a road or nondescript apartment block. Forewarned is forearmed.

Been There, Done That?: Why not slow it all down and give yourself two weeks to explore from Amsterdam to Basel? You'll see many more fascinating towns and cities. Conversely, if time is tight, there are shorter four- and five-night itineraries - for instance, from Basel to Dusseldorf or vice-versa, and roundtrip from Cologne. In spring, you can take minicruises from Amsterdam to see the tulip fields.

You can also cruise the Moselle and Main, sailing between Trier, which dates back to the Romans and boasts the stunning Porta Nigra, one of the original gates into the city, and Nuremberg, infamous for its Nazi rally grounds and the Nazi war crime trials after the Second World War.