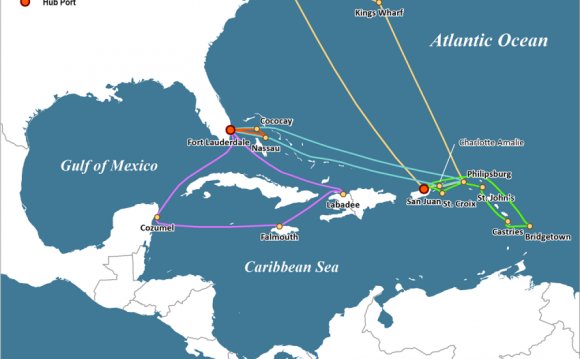 In January of this year, I took a 7-day cruise to the Eastern Caribbean. Due to a very special friend of mine, I didn’t even have to pay—it was a Christmas gift. (Christmas miracles do happen, I’m now convinced). Since I’ve gotten back, so people have asked “how was the cruise?” that I decided to write down all my thoughts, mainly so I wouldn’t forget them, but also to answer a lot of people all at the same time. So, in case you wondered, here are the details!

My friend and I took a cruise on the Carnival Dream (which is the largest ship in Carnival Cruise Lines and the 10th largest in the world) and we went to the Eastern Caribbean.

We debarked from Port Canaveral in Florida, just south of Cape Canaveral, and headed out to the Caribbean (we could actually see Kennedy Space Center from where the boat launched). In this case, our trip to the “Eastern Caribbean” meant we would stop at three places:

My experience on a cruise ship was interesting: “taking a cruise” has long been on my bucket list, so it was good to finally give it a try. I learned all kinds of things about cruises, and I’d be happy to share some of those things below. Here are just some of the many observations I had while taking a cruise: